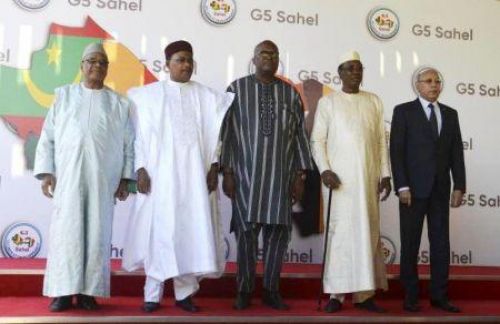 (Ecofin Agency) - The European Union says it will invest €194 million to fight growing terrorism in the G5 Sahel. According to the institution, “the serious crisis affecting the G5 Sahel and Lake Chad Basin States could spread to neighboring countries and even to the coastal countries of the Gulf of Guinea.”

The money is additional funding that will be used to “strengthen the security forces and accelerate the redeployment of states in fragile areas.” The operation mainly targets the “three border areas” between Mali, Niger, and Burkina Faso, which is plagued by frequent jihadist attacks.

In recent years, several international donors such as the EU have announced funding for the organization. Unfortunately, these pledges have been slow to materialize, slowing down the operationalization of the G5 Sahel Joint Force.

While the new coronavirus pandemic has added further stress to global economic activity, the question of the effective disbursement of new funding to support forces on the ground remains a topical issue. Also, to address the dual security and health crisis, the G5 Sahel leaders called on their European partners to adopt even more significant measures, including “outright cancellation of Africa's debt.”