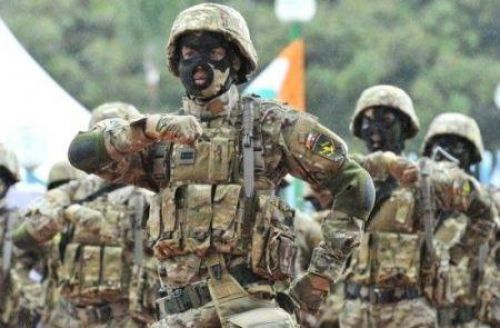 (Ecofin Agency) - Last year, military expenditures grew by 5.1% in Africa amid a decline in revenues due to the Covid-19 pandemic. In the Francophone part of the continent, Côte d'Ivoire comes first in military spending with more than $607 million invested.

While North Africa remains the continent’s region that spends the most for military purposes, the sub-Saharan part is led by South Africa and Nigeria. In Francophone Africa, Côte d'Ivoire ranks first (12th on the continent level) with $607 million, higher than the amount invested in 2019. The situation has its roots in the upsurge of security tensions following the terrorist attacks on the country.

In that part of the continent, the country of Houphouët-Boigny is followed by Mali (13th in Africa), Senegal (16th in Africa), Cameroon (17th in Africa), and Burkina Faso (18th in Africa). This top 5, dominated by West African countries, echoes the urgent needs of Sahel countries’ armies, which have been struggling for years to fight terrorist groups such as Boko Haram and Al-Qaeda.

SIPRI indicates that military expenditures worldwide increased in 2020. A region-based comparison shows that Africa is one of the world’s regions where these expenditures have increased the most, despite the economic recession in 2020. Military spending on the continent has risen to 5.1%, well above the global average (2.6%).

SIPRI’s data is based solely on open sources and may sometimes underestimate the reality, as governments sometimes tend not to disclose all their military spending. For example, figures for countries such as Egypt, Angola, Ethiopia, and e-Swatini are based on uncertain data. In addition, data for Libya, Eritrea, and South Sudan are not available.