Italy calls for an international counter-terrorism intervention in the Sahel 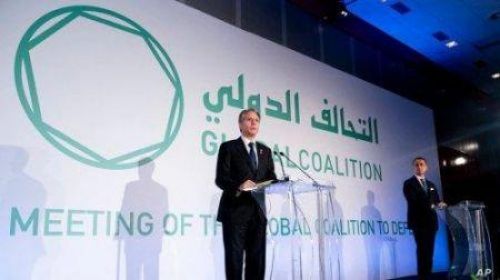 (Ecofin Agency) - Sahel countries have been facing a major jihadist insurgency since the 2000s. The deployment of Barkhane, G5 Sahel, or more recently Takuba forces has still not succeeded in curbing this phenomenon, which is now spreading to the coastal countries of West Africa.

A few weeks after Emmanuel Macron announced the end of the Barkhane operation, Italian Foreign Minister Luigi Di Maio announced on Monday 28 June his country's intention to set up a rapid intervention force to counter the growing terrorist threat in the region. This was on the sidelines of a meeting of the coalition against the Islamic State. U.S. Secretary of State Antony Blinken said he supports the initiative.

"With the support of the United States and many other partners, I have proposed the creation of an African task force to identify and stop terrorist threats linked to Islamism on the continent," the head of Italian diplomacy said. He then announced that African countries that were not initially part of the coalition, including Burkina Faso, Ghana, and Mozambique, had been invited to the meeting.

While no further details were given on how this future force would operate, experts believe it would probably build on the work done by French forces in the framework of Operation Barkhane. Also, this force should be extended to other countries such as Nigeria or Mozambique.

Over the past few years, the terrorist threat has increased in the Sahel. In a recent publication, the news website specializing in military strategy and geopolitics, military.com, warned that the risk of an Islamic caliphate being established in the Sahel region was very high.