Guinea: Colonel Doumbouya to be sworn in tomorrow, October 1 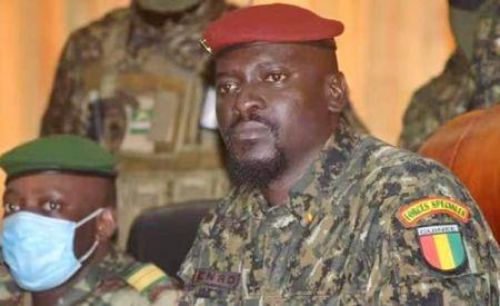 (Ecofin Agency) - After more than three weeks as head of Guinea, Colonel Mamady Doumbouya wants to comply with the new Transition Charter. He will be officially sworn in as president by the Guinean Supreme Court tomorrow.

The head of Guinea's ruling military junta, Mamady Doumbouya (pictured), will be sworn in on Friday, October 1. The announcement was made on September 29, on national television.

Mamady Doumbouya wants to formalize his status as president, in accordance with the Transition Charter made public on Monday, September 27. The charter is designed to outline the transition, both jurisdictionally and organizationally. It replaces the country's constitution, which has been dissolved. This convention will be led by four bodies: the National Committee for Rally and Development (CNRD) headed by Colonel Doumbouya, the presidency, the government which will be led by a prime minister, and the National Transitional Council (CNT), whose members will serve as MPs.

The institutional reforms that will be implemented through this legislation and the preparation of a new fundamental law for the country will lead to "free and transparent elections" in the medium term.

As a reminder, this charter was put in place by the CNRD after a series of consultations with all the nation's active forces. The members of the toppled government and the heads of the institutions were automatically banned from this transition process.