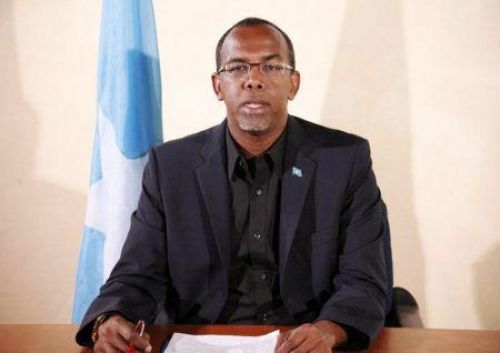 (Ecofin Agency) - Diplomatic relations between Kenya and Somalia have deteriorated in recent hours after Mogadishu accused Nairobi of political interference. On Sunday, November 29, Somali authorities announced that they have recalled their ambassador to Kenya, Mohamud Ahmed Nur Tarsan.

According to the Somali Foreign Ministry, this decision was taken in response to Kenya's interference in the upcoming elections in the Jubaland Regional State. Mogadishu accuses its western neighbor of pressuring the president of that region to implement actions in line with Kenyan political and economic interests, which violates diplomatic rules and jeopardizes the political agreement recently reached in the country.

“The government took this decision while preserving its national sovereignty after it appeared that Kenya was deliberately interfering in the affairs of Somalia, particularly Jubbaland,” said Mohamed Ali Nur (pictured), Permanent Secretary of the Ministry of Foreign Affairs.

“The Somali government expresses its regret in the government of Kenya’s overt and blatant interferences in the internal and political affairs of the Federal Republic of Somalia which has the potential to be a hindrance to the stability, security, and development of the entire region,” he added.

On September 17, the Somali President Mohamed Farmaajo reviewed the electoral process to lead the country toward fair and peaceful elections in 2021. The new plan focuses on 15 key points and was adopted by the authorities of five areas across the country, including Puntland and Jubaland. But, Jubaland reneged on the agreement because of Kenyan political interference, the government said.

As a reminder, in spite of economic and military cooperation, particularly in the fight against the terrorist group Al-Shabaab, the two countries have often had tumultuous relations, particularly with regard to their maritime borders.

It should be noted that the Somali Ministry of Foreign Affairs has also ordered the Kenyan ambassador to Somalia, Lucas Tumbo, to return to Nairobi for consultations.