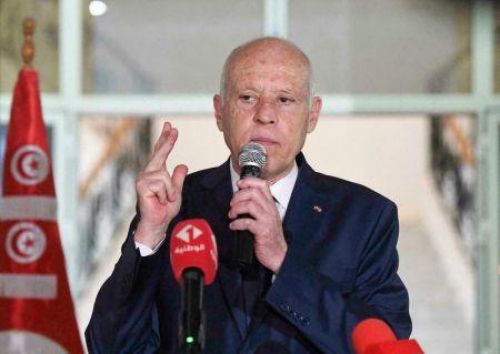 The Tunisian parliament is officially dissolved. The announcement was made by the President of the Republic, Kaïs Saïed (photo), during a televised address last March 30.

“Today, at this historic moment, I announce the dissolution of the Assembly of Representatives of the people, to preserve the state and its institutions,” he declared.  With this dissolution, the President now has effective control of all the main institutions in the country.

The process began eight months ago. In July 2021, amid political and social tensions, President Saïed dismissed the government and suspended the parliament.  While opposition parties were denouncing a “coup” and democratic decline, the top government official claimed the move was called for due to the "imminent danger" faced by the nation from corruption and clientelism that has plagued the state apparatus.

In late September 2021, he appointed Najla Boulden as the Prime Minister. Three months later, he announced the parliament would remain suspended until the following elections. This was unofficially the dissolution of the national assembly.

Strongly contested by the opposition, led by the Renaissance Party, the President will continue to assume executive authority through decrees and ordinances until the coming elections scheduled for December 17, 2022. Before the elections, a referendum will be organized on July 25.

“Tunisia is facing major structural challenges that result in deep macroeconomic disequilibria, weak growth despite its strong potential, a high unemployment rate, weak investment, and social inequality. The impact of the pandemic and the war in Ukraine are now adding to these structural challenges,” the IMF wrote recently.

For Kaïs Saïed, the various actions taken are aimed at “cleaning up” the political sphere to end the said socio-economic crisis.