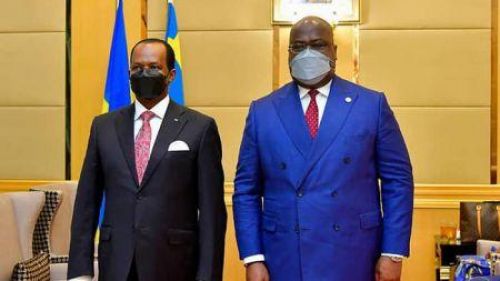 (Ecofin Agency) - DRC is faced, since late 2021, by an upsurge of attacks by the M23 rebel Group. According to the government, the group is backed by Rwanda. The accusation was supported by a UN report.

According to Kinshasa, this decision is motivated by the "support" that Kigali allegedly provided to the M23 rebel group in the latest attack carried out on Saturday, October 29. During the attack, two new towns (Kiwanja and Rutshuru-Centre) were captured by the rebel group, which resumed its attacks in late 2021, after years of respite

"In recent days, we observed a massive arrival of Rwandan army personnel who came to support the M23 terrorists in preparation for a general offensive against the positions of the armed forces," said Patrick Muyaya, a government spokesman, on Congolese television.

This decision, which ordered the ambassador to leave within 48 hours, is a new escalation of the tensions growing between DRC and Rwanda since the beginning of this year. Congolese authorities accuse their Rwandan neighbor of supporting the M23 rebels but, the accused keeps denying the claims. It instead blames DRC for colluding with the Democratic Forces for the Liberation of Rwanda (FDLR), a Rwandan Hutu rebel movement hostile to Paul Kagame's regime. A few months earlier, a confidential UN report revealed by the international press confirmed Rwanda's involvement in the security crisis between the DRC and M23.

"It is regrettable the government of the DRC continues to scapegoat Rwanda to cover up and distract from their own governance and security failures," Rwandan authorities reacted to the expulsion order.

East African Community troops are scheduled to be deployed in the DRC to improve the security situation in the country. For the time being, no new details have emerged concerning the details of that deployment.