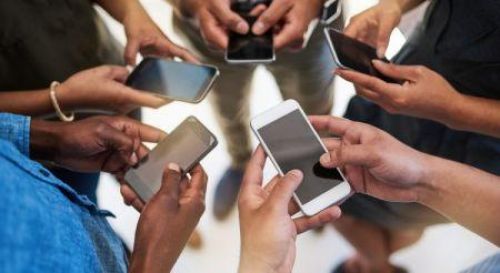 (Ecofin Agency) - Over the past twelve months, Africa’s smartphone imports have declined. However, according to U.S.-based IDC, the trend will change by the end of this year.

Africa imported about 18.1 million smartphones in Q2 2022, down by 7.9 percent compared with the 19.7 million smartphones imported the previous quarter. The figure is revealed by  U.S. firm International Data Corporation (IDC) in its latest quarterly report "Worldwide Mobile Phone Tracker."

South Africa, Nigeria, and Kenya remain the main smartphone markets in Africa, with 16.6%, 13.8%, and 7.7% respectively. China's Transsion (Tecno, Itel, and Infinix) has been the leading brand with a 48% market share. Meanwhile, South Korea's Samsung and China's Xiaomi were respectively the second and third with 25.8 and 6.6 percent market share.

In the “Worldwide Mobile Phone Tracker” report, Arnold Ponela, senior research analyst at IDC, explained that inflation and economic instability were dampening consumer sentiment and spending. He added that the situation was exacerbated by rising component and transportation costs, as well as recent blockades in China.

Q2-2022 makes it the fourth quarter with consecutive declines in African smartphone exports, with a 29.6 percent year-on-year decline.  However, IDC expects smartphone sales to pick up again in Africa and imports to rise by 16.9 percent and 9.5 percent in the third and fourth quarters respectively.

“Channels will strive to secure greater shipment allocations as they look to manage supply shortages and capitalize on what is likely to be a high-demand period for smartphones due to December festivities and Black Friday promotions,” commented Ramazan Yavuz, a senior research manager at IDC.