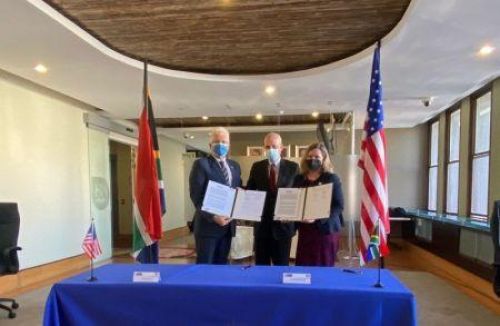 (Ecofin Agency) - The Western Cape wants to facilitate access to broadband internet for all its residents. A few weeks ago, MTN announced a US$51.1 million investment in its broadband infrastructure.

In South Africa, the Western Cape government has secured a ZAR20 million (US$1.3 million) grant from the U.S. government for the feasibility studies of a broadband expansion project. The grant agreement was signed by provincial authorities and the U.S. Trade and Development Agency (USTDA) during a ceremony on Tuesday, May 3, in Cape Town.

The investment is part of the Western Cape government's goal to connect every town and village in the province to affordable broadband networks as the digital transformation accelerates on the continent.

It is also in line with USTDA’s Access Africa initiative which aims at promoting the deployment of "inclusive, secure and sustainable ICT infrastructure across Africa."

“I hope that this investment will soon deliver greater ease for entrepreneurs to create and build their businesses, for job-seekers to pursue opportunities and work, and for learners to be able to study and thrive at school. Improving broadband access, particularly in our most disconnected communities, is a real enabler of growth, and this feasibility study will tell us how best to achieve this,” commented Premier Alan Winde in a Twitter thread.

The project is announced just weeks after telecom operator MTN announced a US$51.1 million investment to upgrade its infrastructure in the Western Cape in the framework of its program for the Modernisation of Access network in South Africa (MONZA).