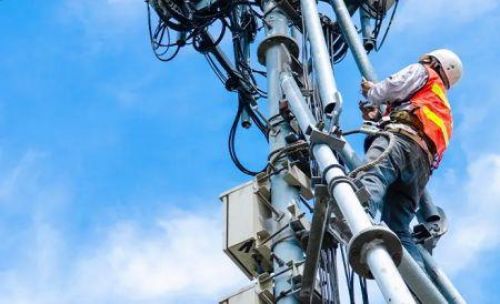 (Ecofin Agency) - Weeks ago, Ghanaian telecom workers started negotiating for an improvement in their working conditions. The negotiations hit a dead end in July, with workers accusing their employers of not being willing to negotiate.

The demands include the immediate “recall” of 100 of their colleagues “whose contracts had not been renewed [...] by mere association with the union and other Union leaders who are part of the current joint standing negotiation committee and sub-committee negotiating the 2022 Collective Agreement and salary increment.”

They also demand severance pay for employees whose contracts expired on August  31 but would not be renewed. The third demand is the “joint signing and submission of a letter to NLC referring to the salary negotiation and pending items in the 2022 Collective Agreement to compulsory or voluntary arbitration after over six weeks of declaring a deadlock.”

The strike was announced last August 31, following a strike notice sent to the subcontracting companies on August 25. The union explains that its decision stems from an increase in abuse of its members and employers' refusal to cooperate. "Clearly, we are left on our own to take necessary actions to deal with these unfair labor practices and conducts that threaten the very existence of the [TIP]," the union said in a statement.

According to Israel Edem Agbegbor, secretary general of the TIP, the affected workers will suspend their services until their demands are met. If this strike drags on, the Ghanaian people will experience disruptions in telecom service across the country. The situation may harm the businesses of telecom operators using their services, therefore negatively affecting their revenues.