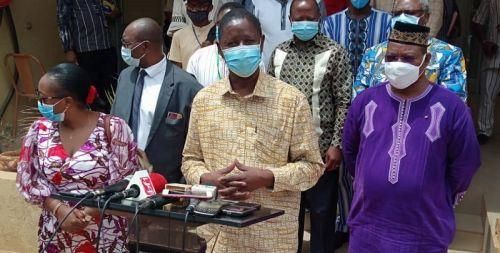 (Ecofin Agency) - The government of Burkina Faso officially launched on April 30 in Ouagadougou its “one student, one computer” program aiming at easing access to the internet for bachelor’s degree students in particular.

According to the Minister of innovation, Alkassoum Maïga, the strategy falls within the government's ambition to digitalize and improve the education system per the international standards.

The supply contract was awarded by a private treaty to Horizon Informatique SA. Throughout the program, the government of Burkina Faso wants to acquire nearly 50,000 computers.

Students will pay their 40% part either in cash via the Coris money platform, or by taking out a loan from the National Fund for Education and Research (FONER), or from the National Centre for Information, Educational and Vocational Guidance and Scholarships (CIOSPB) for the scholarship holders.

The need to equip every student with a computer was highlighted with the coronavirus crisis. Since access to universities has been suspended due to the pandemic, the continuity of courses has also been disrupted because many students do not have digital equipment to receive lessons online.