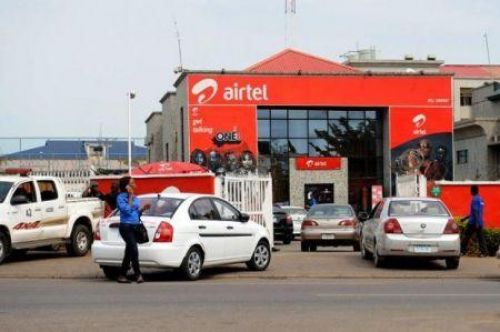 (Ecofin Agency) - Since 2021, Airtel Africa has been stepping up its efforts to reduce its debt and finance investments in Africa’s bulging telecom market. To date, the operator has opened up the capital of its mobile payment arm and sold telecom towers in several countries.

Telecommunications group Airtel Africa announced, Tuesday (December 6), an about US$194 million loan from the International Finance Corporation (IFC), the World Bank's private sector financing arm for emerging countries. The funds are expected to enable the African subsidiary of Indian telecom company Bharti Airtel to support operations and investments in six of its markets on the continent.

The markets that will benefit from the loan are the Democratic Republic of Congo, Kenya, Madagascar, Niger, the Republic of Congo, and Zambia. According to IFC, this loan is supported by co-financing from institutional investors through IFC's Managed Co-financing Portfolio Program (MCPP). For Zambia, the loan is supported by the local currency facility of the International Development Association’s (IDA) private sector window.

The loan was first announced in March. It aligns with Airtel Africa's “focus on improving [its]balance sheet through localizing debt within operating companies,” said Segun Ogunsanya, CEO of Airtel Africa.

The loan also supports “our commitment and our ability to meet very strict ESG criteria in demonstration of the continued execution of our sustainability journey,” he added. In the 2021/2022 financial year, the company said it paid down nearly US$1.4 billion of group-level debt through strong cash flow into its operating companies and proceeds from minority investments in mobile money and the sale of telecom towers.

"The COVID-19 pandemic made mobile connectivity even more urgent for both social and economic development. Helping more people connect to affordable and fast internet networks is a priority for IFC in Africa, especially in the continent's lower-income countries. The partnership with Airtel Africa will help achieve this," said Sérgio Pimenta, IFC Vice President for Africa.

IFC's investment is expected to not only reduce Airtel Africa's debts but also improve its position in a growing African telecom market with high demand for telecom services, including broadband Internet. According to the company's results for the six months ended September 30, 2022, Airtel Africa has 134.7 million subscribers in 14 countries across the continent.