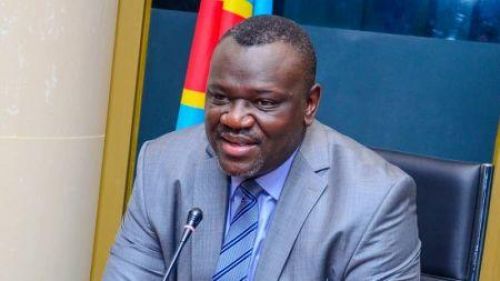 (Ecofin Agency) - Christian Katende, head of the Congo's Post and Telecommunications Regulatory Authority (ARPTC), announced on July 7 the government plans to launch an electronic system to combat counterfeit phones. The information was revealed during a working session with the Minister of Posts, Telecommunications and New Information and Communication Technologies, Augustin Kibassa Maliba (pictured).

According to Christian Katende, in addition to combating counterfeit phones, the electronic solution which will be implemented by next September at the latest will also help to protect users from mobile phone theft, phone fraud, and mobile phone cloning.

Counterfeit phones pose a serious threat to the economy of the Democratic Republic of Congo. In 2018, the phenomenon led to the withdrawal of the manufacturer Samsung from the market. The South Korean group, which blamed local authorities for the proliferation of counterfeits and the lack of measures to curb it, believed that the DRC was thus failing to comply with the market rules to which the company aspired.