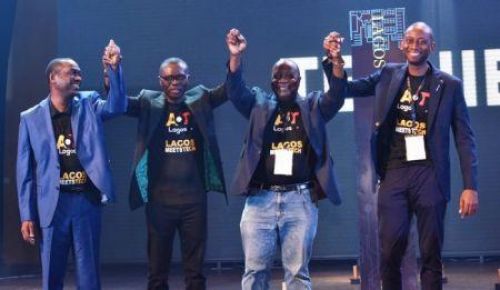 The fund is managed by the Lagos State Science Research and Innovation Council (LASRIC) and aligns with the Lagos innovation plan that was officially unveiled on December 5, 2019, at the opening of the first edition of the Art of Technology Lagos 1.0 which ended on December 6, 2019.

During this meeting, which brought together various stakeholders interested in ICTs, including policymakers, government officials, venture capital firms, software engineers/programmers, product developers, the Governor explained that the investment fund wants to finance technological innovations to find solutions to the many challenges facing Lagos State in several strategic areas: transport and traffic management, health and environment, education, security and good governance.

Babajide Sanwo-Olu stressed that artificial intelligence, including robotics, computing, and green energy, have the potential to transform Lagos into a true smart city. He explained that beyond LASRIC, the other axes of the Lagos Innovation Plan focus on the development of data access infrastructures, broadband, talent, the Lagos State Solution Centre, and the Open Government Initiative.