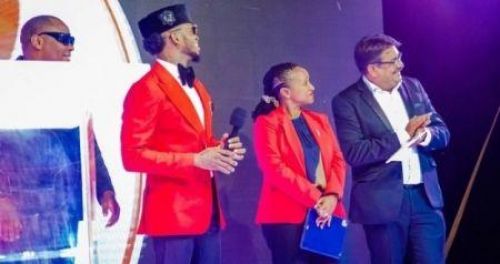 (Ecofin Agency) - In the past few years, Airtel made significant investments in Tanzania to outrun the leader of the telecom market, Vodacom. Its new bet in that endeavor is the 4G.

Mobile phone operator Airtel Tanzania is moving to expand the coverage of its upgraded 4G network and improve service quality for users. In that regard, it recently announced the 80% completion of its project to upgrade 4G sites in major regions in Tanzania and additional investments to roll out broadband internet in the country to improve internet speed.

“We have significantly increased our coverage by increasing the number of sites in the rural areas as per our commitment to provide affordable mobile services to all Tanzanians,” indicated Dinesh Balsingh (photo, right), Airtel Tanzania’s MD.

The move is part of the telco's two-year effort to improve the quality of 4G services in response to strong demands for broadband internet. In February 2021, it initiated “Supra 4G” to offer clients better internet services with speeds exceeding 40 Mb/s. "Fast and reliable Internet will unlock great digital opportunities for our customers," Balsingh said.

By improving the quality of its 4G services, Airtel Tanzania aims to build customer loyalty and attract new clients, therefore increasing its market share and outrunning Vodacom, the current leader of the Tanzanian market.

According to the latest data from the Tanzania Communications Regulatory Authority (TCRA), Airtel Tanzania is the second operator in the local market with 27.2% while Vodacom controls 29.4%.