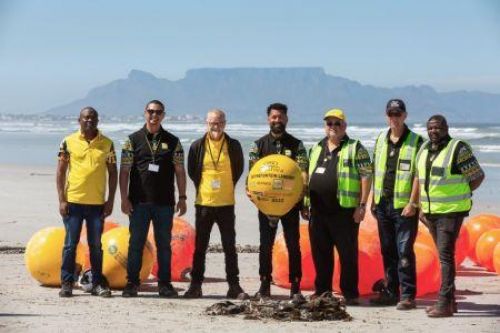 (Ecofin Agency) - The strong demand for broadband connectivity observed in Africa since 2020 is expected to continue over the next few years. Telecom operators are strengthening their broadband infrastructure to better meet this demand.

Last Tuesday, telecom group MTN announced  that its subsidiaries MTN South Africa and MTN GlobalConnect have landed the 2Africa subsea cable in Yzerfontein and Duynefontein, South Africa, in partnership with the 2Africa Consortium. This infrastructure is expected to meet the high demand for broadband connectivity in South Africa and the rest of the continent.

2Africa lands in South Africa three weeks after it landed in Ras Ghareb, Egypt. The successive landings are part of the gradual rollout for full operation in 2024. Successful landings have already been made in Genoa (Italy), Barcelona (Spain) and Marseille (France). Some 40 sites in Africa, Europe and Asia are expected to host the infrastructure in the coming months.

The Internet capabilities of the 2Africa cable will provide MTN Group with the means to achieve its "Ambition 2025" strategy, under which the company plans to establish itself as the leading digital service provider in Africa over the next few years. To achieve this, the group plans to deploy a total of 135,000 km of proprietary fiber across the continent by 2025. Moreover, MTN GlobalConnect will also be responsible for landing the new cable in Sudan, Côte d’Ivoire, Nigeria and Ghana.

“Strategic partnerships such as the one we have with the 2Africa consortium will help us accelerate and deepen internet adoption and socio-economic progress across the African continent. Data traffic across African markets is expected to grow between four and five fold over the next 5 years, so we need infrastructure and capacity to meet that level of growth and demand,” comments Ralph Mupita, MTN Group CEO.