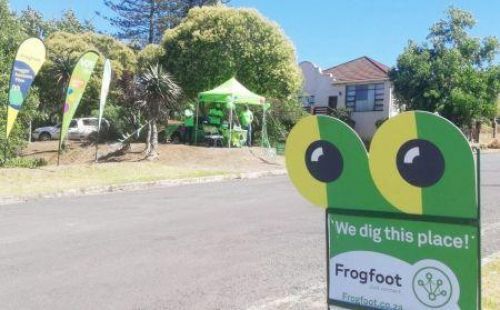 (Ecofin Agency) - The company wants to capitalize on the growing demand for the internet that ensued with the accelerating digital transformation at a time when it is yet to impose itself in the South African market.

"We are investigating a few other territories, but these are still very much in an incubation stage and nothing concrete yet,” said Shane Chorley, Frogfoot's chief development officer. He also pointed out that several European countries still have relatively low fiber usage density, even though they have good DSL (digital subscriber line) connections, so there is an opportunity to bring high-speed fiber to more homes in those countries.

For its local network expansion, Frogfoot is considering deploying more aerial fiber installations instead of trenches. According to the company, this deployment method is"not only more cost-effective but also easier to install and maintain in high-density areas.

The international expansion ambition is revealed in a context marked by accelerated digital transformation and rapid and steady growth in demand for broadband connection. Currently, the company is the third largest fiber operator in terms of households connected. It comes behind Vumatel and Openserve, with over 350,000 households connected by the end of 2022.

Should Frogfoot go ahead with its project, it will be able to explore new business opportunities beyond South Africa and capitalize on the growing demand for broadband connectivity, securing new revenue streams.