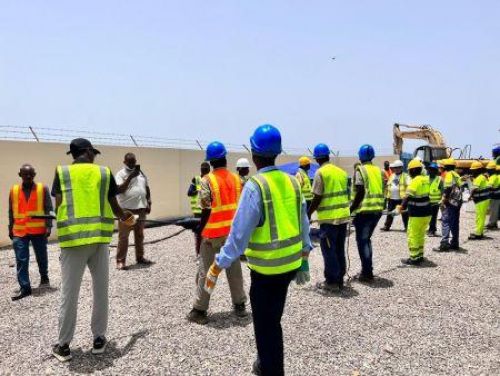 (Ecofin Agency) - Djibouti wants to improve its population’s access to broadband internet. In that regard, it is investing heavily in broadband infrastructures.

Subsea telecommunication cable 2Africa landed in Djibouti last Friday. The information was revealed by incumbent operator Djibouti Telecom in a release published Tuesday (May 17). The subsea cable funded by Meta and a consortium of companies, is the ninth to land in Djibouti.

“Djibouti Telecom plans to host this new cable in our new Cable Landing Station under construction, which will also host others in the future,” the release informs.

2Africa landed in Djibouti two years after the Djibouti Telecom signed an agreement with Facebook to become a landing station for the cable. The agreement was in line with the plan being implemented by the government since 2014 to provide broadband access to its population. That ambition was reinforced by the coronavirus, which accelerated digital transformation.

Over the past decade, the government of Djibouti, through Djibouti Telecom, invested more than US$250 million in new submarine cables and terrestrial networks to meet the growing demand for broadband connectivity. By 2021, the incumbent doubled its internet capacity on the DARE1 submarine fiber cable to 400 gigabits per second. Recently, the operator announced its participation in the construction of a subsea cable system called SEA-ME-WE 6 (Southeast Asia-Middle East-Western Europe 6). In addition, the Reliance Jio IEX cable and the PEACE cable are expected to land in Djibouti in the near future.

2Africa is 45,000 kilometers long and is scheduled to be operational in 2023/2024. Its commissioning will enable the incumbent operator to significantly increase its broadband internet capacity, meeting the demand and even those of the other telecom operators in the region.