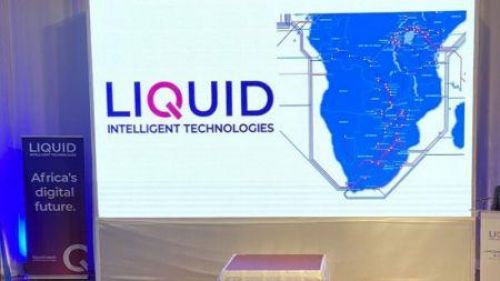 (Ecofin Agency) - Pan-African fiber broadband connectivity provider Liquid Intelligent Technologies announced yesterday the launch of a new global Internet transit route from Asia to the United States via its East and West African network. This new route was opened with the launch of the optical fiber section connecting the city of Mombassa on the Kenyan coast to the city of Moanda on the coast of the Democratic Republic of Congo.

David Eurin, CEO of the international wholesale capacity business unit at Liquid Intelligent Technologies, explained that with the growing need for reliable connectivity between Asia and the United States, "adding this corridor to our network will help organizations avoid the Red Sea and European routes, as they have become bottlenecks for global Internet traffic.”

The launch of the Mombassa-Moanda optical fiber link and the interconnection from Asia to the United States is part of Liquid Intelligent Technologies' strategy to conquer the African and global broadband connectivity market. The ambition has accelerated since last year with the Covid-19 which has changed data consumption habits and improved the digital transformation in Africa and the world. Last June, Liquid Intelligent Technologies was pleased to have already reached 100,000 km of deployed fiber.

Beyond connectivity between Asia and the U.S., David Eurin says this new fiber network also meets the demand for connectivity "in landlocked countries in Africa as more and more companies expand their operations within and across African borders.” The Mombassa - Moanda section runs through 847 towns and villages, reaching more than 138 million people, Liquid Intelligent Technologies said.