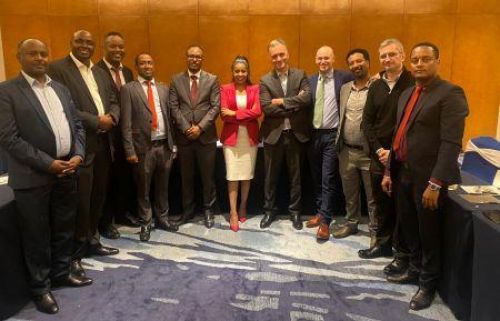 (Ecofin Agency) - Safaricom is currently preparing for the launch of its commercial operations in Ethiopia. The launch was supposed to happen this month but the telecom operator still has some details to work out.

In Ethiopia, mobile network operator Safaricom announces an agreement in principle with incumbent operator Ethio Telecom to share its telecom infrastructure. Under the terms of the agreement, Safaricom Ethiopia will rely on Ethio Telecom’s infrastructure to offer its services to users. The agreement is the result of negotiations launched in February 2022, under the supervision of the Ethiopian Telecommunication Agency (ECA). It is part of Safaricom Ethiopia’s actions in preparation for its commercial launch initially planned for April 2022. Safaricom Ethiopia, which obtained its telecom license in May 2021, chose to share the infrastructures of already established operators because of its tight launch schedule.

With the various infrastructure-sharing agreements being signed, Safaricom will save investment costs and time to quickly launch its operations.

“The deal is very important and critical for our commercial viability and launch. Hopefully (we will launch) soon but we don’t have a date yet,” Safaricom Group chairman Michael Joseph told Business Daily, commenting on the agreement. The financial terms of that deal have not been publicly disclosed and the deal is yet to be finalized. However, local media report that the payment currencies will be the U.S. dollar and Ethiopian birr.