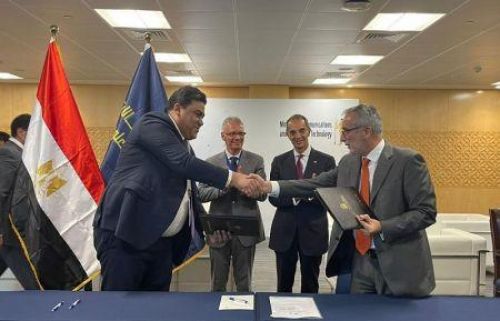 (Ecofin Agency) - Egyptian incumbent telecom operator -Telecom Egypt- and Finnish firm Nokia Corporation announced last week they have renewed their partnership agreement signed in February 2019 on the Internet of Things (IoT). The announcement was made on the sidelines of the international technology trade fair Gitex held in Dubai, UAE, from 17 to 21 October.

Telecom Egypt unveiled its ambitions for the Internet of Things since 2019. At the time, the state-owned company reached a partnership with Nokia to implement activities in this segment. Egypt, which has embarked on major technological projects in line with its digital transformation objective, sees many high-impact applications in the IoT for development, particularly in the transport, security, health, smart cities and agriculture sectors.

In its report "Realizing the potential of IoT in MENA November 2019," the Global System Operators' Association (GSMA) revealed that IoT revenues are expected to reach $55 billion by 2025 in the MENA region. The document presented Egypt as one of the high potential markets.