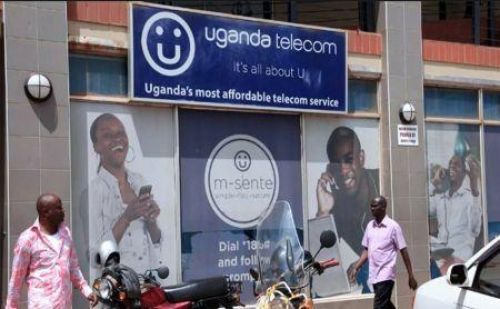 (Ecofin Agency) - Incumbent operator Uganda Telecom’s performance has plummeted in the local telecom market, due notably to the financial challenges it faced in recent years. To save it from its woes, the government has decided to nationalize it.

State-owned Uganda Telecommunications Corporation Limited (UTCL) has finalized the takeover of the incumbent operator Uganda Telecom Limited (UTL), which has been ailing in the past few years. The deal valued at around Ush356.8 million (US$ 95.5 million) was finalized during a handover ceremony last Friday.

By acquiring UTL, UTCL inherits the company's assets, including land, buildings, and network infrastructure. The company also inherits UTL's personnel and liabilities with debts estimated at Ush1 trillion while assets are valued at Ush250 billion.

"Now we are having a company (UTCL) that is 100 percent Ugandan and the President [Yoweri Museveni, ed. note] has ordered that it should be run as a national company without involving investors,” said Evelyn Anite, minister of state for investment and privatization.

The Ugandan government unveiled its plan to nationalize UTL on March 1, 2017. At the time, it was controlling 31 percent of the stake of the operator, which was the subject of a dispute between Uganda and the majority shareholder, Libya's LAP Green. The two shareholders were blaming each other for the mismanagement that caused UTL's bankruptcy. LAP Green decided to suspend all financial support to the incumbent operator before being finally dismissed by the government.

After LAP Green's exit from UTL's capital, the government began exploring ways to revive it by introducing a new investor. The process was initiated in May 2018, leading to the selection of Teleology Holdings to take over the majority ownership of incumbent UTL, but it was later canceled. To expedite the sales of UTL, Ugandan governments considered paying its liabilities.

Against this backdrop, Uganda Telecommunications Corporation Limited was formed in April 2021. In February 2022, the company signed an asset sale and purchase agreement worth Ush256.9 million with the UTL administration. In addition to its fees, which are expected to be paid by June 2023, the incumbent's debts include a Trade and Development Bank (TDB) loan, WIOCC investment, and administrative debts.

The new telecom company is expected to start operations in Uganda soon. According to Grace Ssekakubo, UTCL's board chair, it will focus on investing in the latest technologies such as the 5G+ network, employee capacity building, and developing a digital ecosystem. The company also plans to provide mobile money services with its Ug-Sente platform.