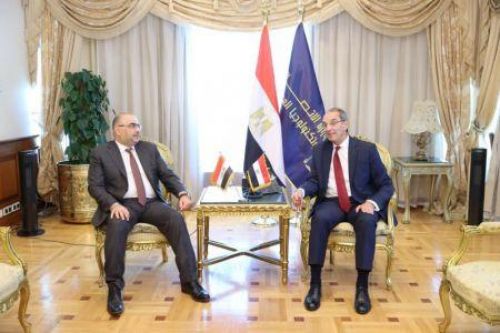 (Ecofin Agency) - The technological expertise that Egypt has developed over the years has already earned it growing interest from various Middle Eastern countries willing to succeed in their digital transformation. After Libya, Iraq is also seeking Egyptian ICT expertise.

Egypt will help the Iraqi government to carry out projects of digital transformation and automation of services. The support was requested by the Iraqi Minister of Communications, Arkan Shahab.

An Egyptian-Iraqi company will be established for this purpose, Amr Talaat, the Egyptian ICT minister,  revealed last June 18 during the audience he granted to his Iraqi counterpart who led a delegation comprising government officials and representatives of the Iraqi private sector.

According to Amr Talaat, a joint team will be created to implement the joint venture that will drive digital transformation projects in Iraq. A joint committee will also be formed to establish short, medium, and long-term operational plans. The Egyptian official said that his department will put all its capabilities and expertise at the service of this bilateral cooperation.

The exchanges between Amr Talaat and Arkan Shahab occurred a day after the signing of a memorandum of understanding between Egypt and Iraq on strengthening cooperation in the field of information technology and communication. The two countries will exchange expertise in telecom infrastructure, digital transformation, capacity building, postal services, digital Arabic content, innovation, entrepreneurship, cybersecurity, research and development, satellites, legislative and regulatory framework, and technology parks.

Since the Covid-19 crisis, the Iraqi government has made the digitization of its services a priority. With Egyptian technological expertise gradually gaining authority in the Middle East, the Iraqi Minister of Communications believes that the country will not only gain in quality in carrying out the various digital projects identified but also in acquiring skills that will enable it to carry out the digitization of strategic sectors later on.