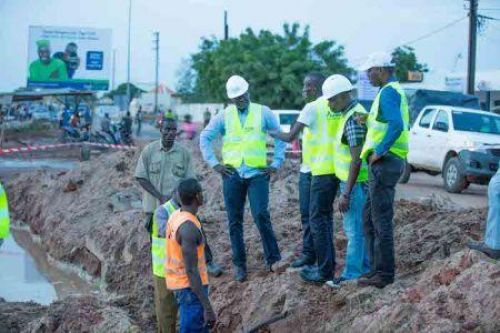 (Ecofin Agency) - The government of Senegal, with support from Spanish company LITEYCA, announced it has launched the Structural Support Project for the Digital Land Use Strategy (PASSANT). Information was revealed by the State Information Technology Agency (ADIE)

This project aims to expand the optical fiber network to municipalities and connect administrative facilities in all regional and municipal capitals of Senegal for optimal use of digital services. Another aspect is to strengthen the public administration's high-speed Internet access and establish a national data center to safeguard and archive the large volumes of data produced by the public administration.

Wack Ndiaye, ADIE's technical coordinator and also head of the PASSANT project, revealed that the program will deploy a 339,801 km backbone to extend and strengthen the resilience of the administrative intranet, use DWDM technology to interconnect new backbone nodes to the existing network, and deploy 75,233 km of optical fiber and 25 radio links for the establishment of a collection network (Backhaul).

A data center for hosting digital data and content will also be built in Kaolack, or another region. It will also be used as a backup for other data centers. The total cost of this two-year project is estimated at XOF50 billion.