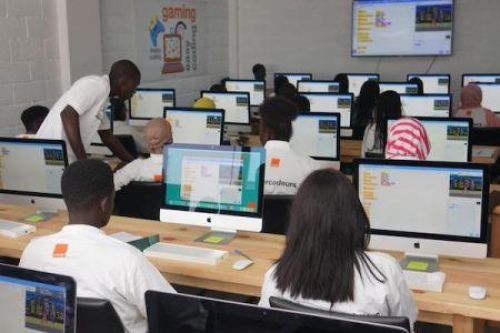 (Ecofin Agency) - Boston Consulting Group believes that digital skills development has not kept pace with the rapid digitalization in Africa. Only 11% of higher education graduates are well trained in digital skills, it estimates.

Some 650 million Africans would need initial or refresher training in digital skills by 2030 if the continent is to take full advantage of the enormous potential of the digital economy, according to an article published last November by the consulting firm Boston Consulting Group (BCG).

The article points out that demand for digital services is booming in Africa, where Internet penetration has increased tenfold since 2010, a growth rate three times higher than the global average.  At the same time, vibrant innovation ecosystems have also been developed in several areas such as mobile financial services, telemedicine, and e-commerce.

By 2019, Africa also had more than 600 technology hubs, incubators, and accelerators that support innovative startups at all stages of their development. In this context, the Covid-19 pandemic has been a powerful accelerator of digital transformation in several industries.

However, the supply of digital skills is not enough to meet the demand with the full-scale digitization of African economies. About 87% of African business leaders cite digital skills development “as a priority area in need of further investment,” the article states

Partnerships between local and international players

In the 2021 edition of the Digital Skills Index published by Wiley, the U.S-based specialist in pre- and post-employment assessments and training, African countries scored between 1.8 and 5 points. Those scores were well below the global average (6 points). Twelve African countries are in the global top 20 of the countries with the lowest digital skills, according to that index.  In addition, only 11% of higher education graduates on the continent have received digital training that meets international standards.

Boston Consulting Group notes that digital skills training should be targeted primarily at young people entering the job market in the coming years. According to the group, training in digital skills (whether initial or retraining)  will require partnerships between several local and international actors, including the local private sector and incubators, global tech companies such as Cisco and IBM, and higher education institutions, which should strengthen their relationships with renowned international universities.

The article also stresses the need for African countries to invest in the training of specialized skills in climate data analysis to strengthen the continent's resilience to climate disruption. It recalls in this context that 16 African countries are ranked among the 20 most vulnerable countries to climate change globally, while only 8 African states have developed national adaptation plans (NAPs) under the United Nations Framework Convention on Climate Change (UNFCCC).