UN leverages IT for peacekeeping strategy 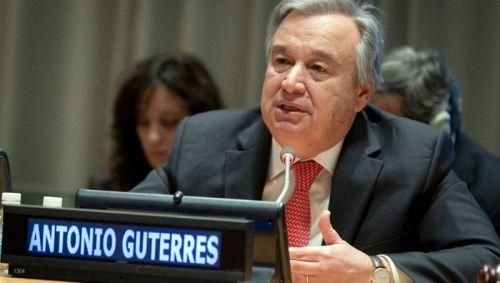 (Ecofin Agency) - The United Nations wants to put ICTs at the service of peacekeeping strategy.  The new plan was revealed in a recent address by the institution’s Secretary-General Antonio Guterres (pictured).

During the Security Council debate on technology and peacekeeping held last week, Mr. Guterres explained this four-step plan. “First, we must drive technology innovation at Headquarters and in the field. Second, we must maximize the potential of current and new technologies to augment the capacity of missions to carry out their mandates effectively,” he said.

According to him, a third step would see peace operations able “to detect, analyze and address threats against civilians, peacekeepers and humanitarian and political missions in a timely and integrated manner.”  Finally, “we must ensure the responsible use of digital technologies by peace operations, by developing clear principles and undertaking human rights due diligence wherever there is a potential for harm,” he explained.

The secretary-general's peacekeeping digital transformation strategy was initiated in 2018. It will support digital initiatives already underway across the UN system to protect over 90,000 peacekeepers under 12 operations. The strategy is expected to help anticipate sources of conflict.

Social media have become a channel for threats to peace. Hate messages, false information, incitement to violence, and attacks on fundamental freedoms have multiplied. The UN has decided to use the same tools and more, including drones, artificial intelligence, biotechnology, blockchain, robotics “to accelerate the realization of the 2030 Agenda for Sustainable Development and to facilitate their alignment with the values enshrined in the UN Charter, the Universal Declaration of Human Rights and the norms and standards of international law."