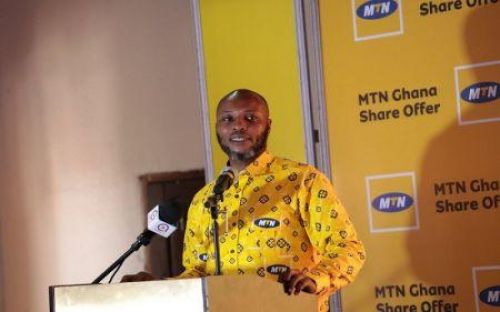 (Ecofin Agency) - After a successful first bond issue in May, MTN Nigeria is repeating the experience. The telecom company, which is taking advantage of currently low bank interest rates, is planning various projects to support its digital transformation.

Mobile operator MTN Nigeria is preparing a second fixed-rate bond issue. The company, which has received approval from the Securities and Exchange Commission (SEC) since October 8, wants to raise N89.999 billion ($219.4 million). The money will be used, among other things, to finance the expansion of its 4G network to meet the growing demand, especially in rural areas.

In an interview with Aris News, the multimedia arm of Nigeria's This Day, MTN Nigeria's CFO Modupe Kadri (pictured) says the country wants to take advantage of the current low interest rates. “We have existing facilities with the banks, which were based on floating rates. Naturally, as the rates went down, so did finance costs. We took advantage of the low rate in the market to also establish a Commercial Paper (CP) program, which was oversubscribed, and we decided to put this bond program in place knowing fully well that the rates are not likely to remain at those levels,” he said.

In May this year, MTN Nigeria raised N110.001 billion in a first bond issue. The operation was carried out as part of the company’s Ambition 2025 program launched earlier this year. MTN plans to become a digital operator. The company also plans to roll out the 5G technology.

The project will help the government achieve its broadband goals and boost its financial revenues in the data, financial services, and entertainment segments.