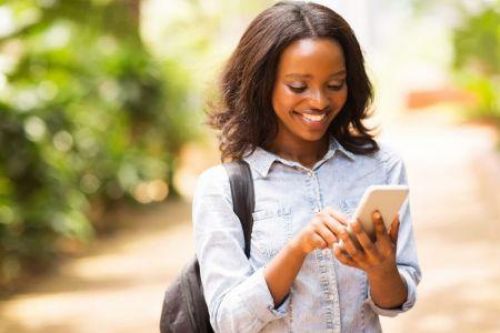 (Ecofin Agency) - Mobile phones are currently the tools most used to access the internet in Africa. However, because of the high cost of broadband-enabled phones, many people are still missing out on the digital dividend. This situation could hamper the development of the digital economy on the continent.

According to the International Telecommunication Union (ITU) and the United Nations Educational, Scientific and Cultural Organization (UNESCO), Africa's low Internet penetration rate (33%) is partly a result of people's inability to afford a smartphone. This problem stems primarily from the high cost and limited availability of these devices, they add. Through the Broadband Commission for Sustainable Development, the two partners have developed a five-point strategy for universal access to smartphones in Africa.

In their joint report "Strategies Towards Universal Smartphone Access", published in September, ITU and Unesco advocate above all win-win partnerships between actors of the digital value chain. "Every part of the mobile Internet ecosystem, from hardware manufacturers to service providers, to digital platforms, to governments, benefits when unconnected populations come online. As such, it should become the shared responsibility of all players to undertake joint efforts to overcome the digital divide, and to unlock barriers at their respective stages of the value chain," they explain.

Secondly, the Broadband Commission recommends uniform quality assurance standards for used smartphones and harmonized regulation of e-waste imports. It argues that this would greatly facilitate the purchase and distribution of used devices, protect customers and help address the global e-waste management issue.

The third point is developing recycling strategies for middle- and lower-tier devices, the report indicates. "The recycling ecosystem for smartphones prioritizes higher-tier devices, such as iPhones and Samsung-branded phones, whose price point remains too high for residents of LMICs even for preowned devices. Developing new strategies for generating reliable sources of middle- and lower-tier smartphones would generate an improved flow of devices at pricepoints suitable for LMICs," it reads.

Currently, in Africa, Universal Service Funds (USFs) are used to improve telecom coverage. But, for the Broadband Commission, governments should also direct the resources of those funds towards making smartphones available at affordable costs. Governments "without USFs can explore use of subsidy programs, developed and implemented in consultation with industry and other stakeholders," it suggests.

Finally, reducing taxes and import duties on smartphones is essential. The Broadband Commission is confident that a balance of tax and customs policies can help lower the retail cost of smartphones. It will also “shift smartphone sales from informal grey markets to more formal markets that are subject to taxation.”

According to Rabab Fatima, the UN High Representative for the Least Developed Countries, "At least 76% of adults in advanced economies own a smartphone compared to only 45% in emerging economies.” Also, “women are less likely than men to have mobile phone access and are less likely to be Internet literate” if they live in low- and middle-income countries. The international official, who considers that smartphones are not just consumer goods but also "accelerators for learning, connection and economic activity," says that " with the cost of a smartphone exceeding 70% of the average monthly income of people living in low- and middle-income countries, enabling access to, and use of, the internet must now become a policy priority for the international community."