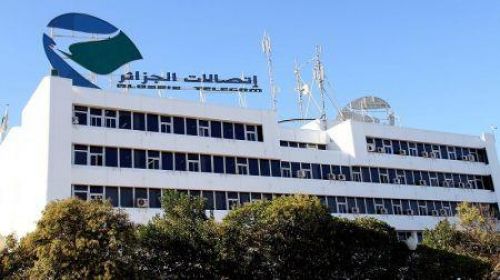 (Ecofin Agency) - In 2020, the Algerian president had instructed an improvement in the quality of Internet services. During the quarantine, consumers' complaints were never-ending. As a public company, Algérie Télécom was the focus of most of the complaints.

The public company Algérie Télécom is currently preparing an increase in the minimum fixed-line Internet speed. For customers who experience a minimum speed of 4 megabits per second (Mbps), the incumbent wants to move to 10 Mbps. For those who already have access to a minimum fixed Internet speed of 10 Mbps, the company wants to increase it to 20 Mbps. Algérie Télécom announced last June 26 that the technical tests for its program have started, since June 24, in the wilayas of Algiers, Blida, Chlef, Oran and Tlemcen.

The plan is part of the implementation of the operator’s roadmap to meet, as soon as possible, the expectations of its customers in terms of the speed of fixed Internet. It is also the materialization of efforts made by the telecom company through the modernization of its network infrastructure, nationally and internationally.

The increase of the minimum fixed Internet speed that Algeria Telecom is preparing comes a few months after the increase of the mobile speed. Last April, each mobile operator in the country received new telecom frequencies for this purpose.

The qualitative changes made by players in the national market were instructed last year by the government following the increase in consumer complaints about the poor quality of Internet services. While the Covid-19 crisis increased the demand for connectivity, Algerians decried the inability of the various telecom operators to meet their needs.

With fixed and mobile Internet speeds raised, the Algerian government has set itself the goal of improving people's digital experience.