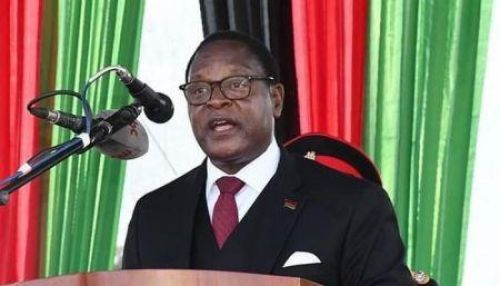 (Ecofin Agency) - The President of the Republic of Malawi, Lazarus Chakwera (pictured), spoke on August 25, 2020, in favor of the award of the country's third telecom license. The head of state - who was participating in a video conference interview organized by Invest Africa, the London-based business and investment platform - said a new mobile operator would foster competition in the country's telecom industry, thereby improving the quality and cost of telecommunications services in Malawi.

Lazarus Chakwera's statement comes in a particular context marked by the expressed ambition of the newly registered Kokoliliko Holdings Ltd (KH) to enter the Malawian telecom market through a subsidiary. KH has already set its sights on Daniel Makata, the Director of Consumer Services at Telekom Networks Malawi (TNM), one of the country's two telecom companies in battle with Airtel.

According to Nyasa Times, this third license was lost in 2005 by Malawi Mobile Limited due to a shareholder dispute that plagued the start-up of the company. In 2008, the mobile operator Global Advanced Integrated Networks (G-Mobile) was awarded the license but then lost it due to its failure to start operations on time. Celcom Limited had the same problem.