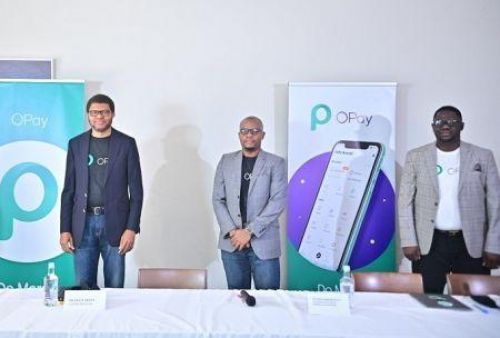 (Ecofin Agency) - Nigerian fintech company OPay, which specializes in the provision of mobile payment services, has entered into discussions with investors to raise nearly $400 million, media sources reported. Once confirmed, the deal would make OPay an African unicorn valued at over $1.5 billion.

The company, which has recently expanded its activities in North Africa and more specifically in Egypt, could use the resources to pursue its expansion strategy. Due to the Covid-19 pandemic, the company founded in 2018 by Norwegian Opera previously said it would suspend its expansion plans in South Africa and Kenya, two attractive markets.

Opay raised in June 2019 a total of $50 million and secured a $120 million commitment from investors, mostly Chinese, in November of the same year. These transactions brought the total funds raised by the company in 2019 to $170 million.

OPay, which ventured with great difficulty into the transportation, food delivery, and microfinance sectors in Nigeria, finally focused on its payment business, which continued to grow, despite the health crisis in 2020. Its monthly transactions reached over $2 billion in December 2020. The fintech also claims to have processed 80% of bank transfers from mobile money operators in Nigeria.