Maria-Shaw Barragan: Africa is the EIB’s second priority, after the EU 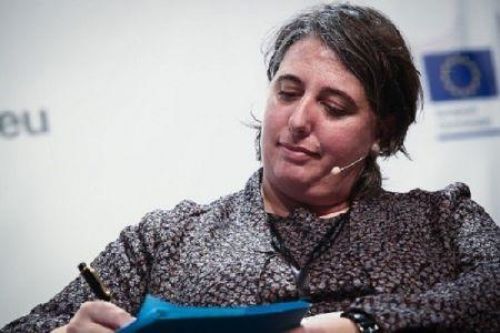 (Ecofin Agency) - On the sidelines of the Finance in CommonSummit (FiCs), held in Abidjan last October 19-20, Maria-Shaw Barragan-Director of Lending in Africa, Caribbean, Pacific, Asia and Latin America at the European Investment Bank (EIB)- granted an interview to Ecofin Agency. During the interview, she discussed her institution’s commitments in Africa, including investments in energy transition and climate adaptation projects.

Ecofin Agency (EA) : Can you tell us a bit about the European Investment Bank’s main commitments in Africa?

Maria-Shaw Barragan (MSB)  : The EIB finances the public and private sectors. Half of the funds we commit goes to the private sector and we invest mostly in climate change mitigation and adaptation.

We invest almost 50% in climate. The rest goes to health and digital projects. The EIB promotes the development of SMEs and microfinance through the loans it grants.

I can tell you that the projects we fund have high socio-economic impacts. We know that some weaknesses remain but, the most important thing for us is the impact we have. We supervise every project we fund. In fact, we perform a strict follow-up and review, through our experienced consultants in every sector.

EA: What is the size of your commitments in Africa, compared with your overall portfolio?

MSB : First of all, I would like to remind that the EIB operates mainly in the European Union (EU) and most of our activities are deployed there.

Africa benefits from almost 50% of our investments outside the EU. Excluding North Africa, about 35-40% of our loans benefit sub-Saharan Africa. We plan to increase the total loans we provide in Sub-Saharan Africa because the European Union gave us the specific mission to work with the least developed countries. Africa is our second priority, after the European Union, because it has the highest number of fragile countries, compared to other continents.

We also have partnerships with Asia and Latin America. However, most of our activities in those continents are not focused on development : 90% of them are focused on climate actions such as climate adaptation and greenhouse gas reduction.

EA:In light of the geopolitical tensions currently prevailing and the repositioning of major global powers, is the EIB planning to readjust its African strategy?

MSB : All the time! We always adapt ourselves to the priorities of countries we operate in. We are currently working on some great projects. They notably include reforestation projects in cocoa production areas, to ensure there is no forest loss.  We also have renewable energy and public transport projects. For the EIB, these are new ways to take action against climate change.

It is too early to give figures. We still have to wait until next year, but our commitments on these projects could be valued at hundreds of millions of euros.

EA: Through its VP Ambroise Fayolle, the EIB has reiterated its commitment to stop investing in gas projects. With the Russian-Ukrainian crisis, we have seen the rush of European countries to African producers to diversify their supply sources. Can we expect a readjustment of the EIB's position to make it more flexible?

MSB: We regularly discuss it. To answer the question, I would say that we provide long-term investments. Now, should the EIB finance a gas energy project, the construction would take three to four years for a 25-year lifecycle. We know that with the Paris Agreement, African countries have agreed to stop using those energy sources. It would therefore be a bad investment for the EIB if it was to invest in a gas project again. It will just have assets that would be unusable before the end of their lifecycles.

That is why we believe that what Africa needs is investment in renewable energy to avoid making the same mistakes that have been made in other continents like Europe which, unfortunately, still heavily depends on gas. Our role is to support Africa for a better future. That is what we are trying to do.

EA: Every stakeholder agrees that Africa needs a fair energy transition. But there is no agreement on what that fair transition entails. What does the EIB think is a fair transition for Africa?

MSB: It is simply an energy transition that benefits the population with the creation of new green jobs and offers broad opportunities like solar energy.

EA: The energy transition in Africa means giving electricity to 600 million people and providing 300 million others the means to adopt green cooking. According to the AfDB, gas is a transition fuel. But the EIB thinks otherwise. Do you think Africa will be able to face these huge challenges with such intermittent energy sources like solar power?

MSB: There will surely be solutions to solve the problems you mentioned. They could include high-density batteries or pumped storage systems, which pump water day and night and use their water reserve to generate electricity.  There are so many energy solutions today. That is why we are investing in Africa. What is inadmissible is to invest in a project that will not be functional in 10 years. Africa has other needs and EIB always suggests long-term projects.

EA: What do you expect from this Finance in Common Summit?

MSB: I hope national, regional and multilateral development banks will adopt a unified front to be able to present more climate change financing offers at COP27, especially offers focused on adaptation and Africa. I hope we will have more projects to reach the compromises similar to the ones we made in the past.