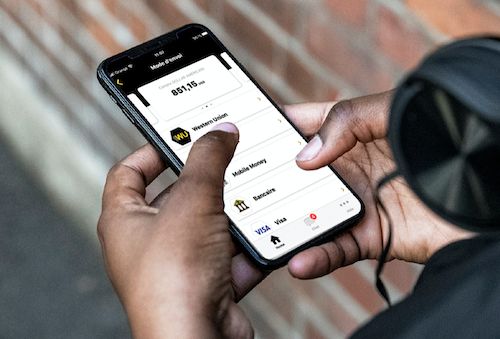 CFC is a leading money transfer and value-added services operator in both the Democratic Republic of Congo and the Republic of Congo, and the provider of FlashApp, a leading mobile aggregation wallet application used by their agents to serve their customers.
Western Union is a leader in cross-border, cross-currency money movement and payments.

Western Union’s cross-border, cross-currency capabilities have been integrated with CFC/FLASH platform to scale money transfer capabilities of their agent operators across the region. ‘Flash my WU’, a newly optimized feature, will allow agent operators to send money for pay-out across the Western Union retail agent network in more than 200 countries and territories or directly via Western Union’s access to billions of accounts around the world.
Flash mobile wallet has revolutionized the digital distribution of financial services and value-added services by enabling thousands of agents, with a single multi-wallet app, to store and send money or make payments locally, bypassing traditional distribution infrastructure. Moreover, Flash end-user wallet holders will soon have the option to receive and send money from and to around the world via Western Union.

“We are pleased to lead innovation by integrating our platforms to scale global money movement and we congratulate CFC/Flash for breaking new boundaries. We are confident that the bridging of digital and physical payment options is going to drive significant change for our customers in Africa.” said Mohamed Touhami El Ouazzani, Regional Vice President, Africa, Western Union.

“We believe this collaboration will spur a world of new possibilities for CFC/Flash’s money transfer agents, bringing them the opportunity to serve millions of customers with a single wallet. We are excited to support the ever-growing economic integration and digitization of Africa by enabling the shift of high-potential African countries such as the Democratic Republic of the Congo into outbound remittance markets.” added El Ouazzani.

“CFC/FLASH has helped millions of Congolese establish financial services over the counter. More than 1 million transactions are processed over Flash monthly, providing indirect agent jobs for a growing community of 4,000 Flash Wallet agents. By integrating Western Union money transfer services in Flash wallets, we aim to enable a world of opportunity for Congolese by making it easy and convenient for them to connect with the world,” said Jonathan Johannesen, CEO of Flash International. “With the FlashApp, CFC/Flash customers enjoy the benefits of a globally connected world at the touch of the button, whenever and wherever they want to. The world is at their fingertips, whether they are sending money to a loved one overseas, receiving money from abroad or meeting their daily digital lifestyle consumption needs,” he said.

Agents in Democratic Republic of the Congo can access the new service now by downloading FlashApp from the Google Play store.

About Western Union
The Western Union Company (NYSE: WU) is a global leader in cross-border, cross-currency money movement. Our omnichannel platform connects the digital and physical worlds and makes it possible for consumers and businesses to send and receive money and make payments with speed, ease, and reliability. As of December 31, 2019, our network included over 550,000 retail agent locations offering our branded services in more than 200 countries and territories, with the capability to send money to billions of accounts. Additionally, westernunion.com, our fastest growing channel in 2019, is available in over 70 countries, plus additional territories, to move money around the world. With our global reach, Western Union moves money for better, connecting family, friends and businesses to enable financial inclusion and support economic growth. For more information, visit www.westernunion.com