Jumia surged by 8.5% on NYSE after seven consecutive sessions in red 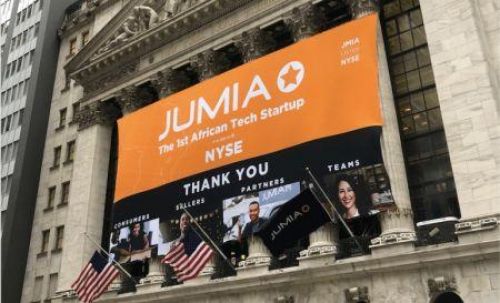 (Ecofin Agency) - Jumia Technologies gained momentum on Monday 13 May, 2019, on the New York Stock Exchange. The value of this leader of the African e-commerce sector surged by 8.57% at the end of the trading day.

The share is thus leaving a down cycle that lasted for seven consecutive sessions after an 18.8% dip on May 9, 2019. Overall, during the down cycle, the market value dropped by 47%. Investors seem to have assimilated the group's first financial communication the bad way.

They were particularly cautious following two reports (one being particularly harsh) published by Citron Research, known for its always sensational revelations on the American stock exchange.

“Jumia is the worst abuse of the IPO system since the Chinese RTO fraud boom almost a decade ago. Worse than being “the most expensive” US listed ecommerce company, Jumia’s reported financials show us a stagnant business that has burned through $1 billion and has moved the suckers game to the US Markets,” Citron wrote claiming that it had compelling evidence.

Citron Research also highlighted the potentially fraudulent activities and transactions that could occur in Jumia’s main market, Nigeria. It also pointed out the discrepancies between figures in the investor presentation and the SEC filing.

Americans see Jumia as a sort of an African Amazon or Alibaba that are performing well in financial markets.

In reply to the allegations, Jumia’s management adopted a patient and pedagogical approach. It explained that Citron took the presentations of different time periods.

For the time being, the performance in Q1, 2019 seems good on a year to year basis but, on a quarter to quarter basis, there is a decrease in sales. Despite rising expenses, Jumia has recorded a profit margin representing 6.5% of its sales against 5.8% in Q1, 2018.