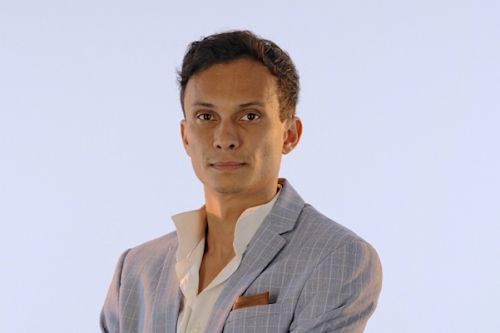 ( JIROGASY ) - After a year marked by the launch of its solar computer Jirodesk II, the Malagasy company joins the Seedstar and Shell Foundation's acceleration program. This is an opportunity for the socially and ecologically committed solar startup to open a fundraising round.

Jirogasy, the first company to manufacture connected objects and solar kits "made in Madagascar" for e-health and e-education, has been deploying its new generation solar computer Jirodesk II for a month now. It is more autonomous, compact, equipped with a GPS, a data feedback box and adaptable to remote maintenance. This local innovation, the fruit of a team of 100% Malagasy engineers, will give access to digital educational tools to more than 10,000 children per year in schools in Madagascar and the rest of Africa.

The team, led by its founder Yann Kasay, Young Leader 2019 of the French-African Foundation and an entrepreneur who advocates for "Africa of enlightenment,” delivers computers to schools and hospitals in Madagascar and reduces the digital divide and the energy shortage of these institutions. In the pilot phase of this project, seven schools will be equipped in 2021, and 20 others in 2022. Eventually, Jirodesk II should be made available to schools, hospitals, but also administrations and the general public, with an additional production site in Kenya, which will extend the reach of this technology.

Funding for this second version of the solar computer and its optimization was made possible by the September 2020 call for projects from the Efficiency for Access Research and Development Fund, funded by the British government's development agency UK Aid and the IKEA Foundation. The fund awarded more than €3.4 million to 20 organizations developing solar technologies for use in developing countries.

Jirogasy, the only French-speaking company to be a finalist in the Pan-African Olympics of the Jua Fund

Armed with this funding, the startup was able to finalize its prototype of Jirodesk II in February 2021. By enriching its range of solar products, Jirogasy was also able to reach a new audience, especially English-speaking. Thus, the company participated from March 1 to 5 in the Jua Kickstarter Olympics of the Zimbabwean industrialist Adam Molai.

During this week of competition, punctuated each day by a different test (market assessment, financial risks, human resources ...), entrepreneurs were evaluated by a prestigious jury: the president of the African Export-Import Bank (Afreximbank) Professor Benedict Oramah, the chairperson of COMESA Trade Promotions Council Dr. Armany Asfour or the president of the International Advertising Association Joel Nettey.

Chosen among 700 candidate projects, Jirogasy is one of 6 finalists in the competition eligible for 1.7 million euros of investment. Beyond these sums, the winners will be able to benefit from the support of the Jua Fund and its partners, such as the SME department of Afreximbank. "We targeted companies that are scalable across the continent and actually address the challenges that are hobbling Africa’s development, and the selected enterprises all do that; (...) After listening to the pitches and presentations during the Kickstarter Olympics, my faith and hope has more than been repaid. We have brilliant entrepreneurs on this continent," said Adam Molai, Jua's founder.

While the English-speaking giants were largely represented in the competition, Jirogasy is the only French-speaking startup to have reached the final phase.

The startup joins the Seedstars and Shell Foundation’ acceleration program, and officially launches its fundraising

In the immediate aftermath of the Jua Kickstarter competition, Jirogasy has just been accepted into the Investment Readiness Program of the Shell Foundation and the incubator Seedstars. This program takes place over 3 months with classes, mentoring, networking and an investor roadshow. Specifically dedicated to sustainable, replicable and innovative projects in energy, agriculture and mobility in Africa, this program will be able to support Jirogasy's search for capital.

Yann Kasay, founder of Jirogasy, said at the end of this program: "After a year of intense work, Jirogasy is arousing new curiosity, from English, Portuguese and Italian-speaking media, but also from various investors. From now on, our objective is to change scale and extend our coverage in Madagascar while developing our activities in East Africa. We look forward to rubbing shoulders with Kenyan and Nigerian tech and energy giants."

The start-up Jirogasy is the first company to manufacture connected objects and solar kits "made in Madagascar" for e-health and e-education. Established in 2017, the first production line established in Madagascar designs and produces its own parts and is one of the first African initiatives to go beyond the assembly of components in the solar and electronics sector. The start-up has thus created its own solar computer, the "Jirodesk,” which it deploys via a network of partners in dispensaries and schools in non-electrified areas.