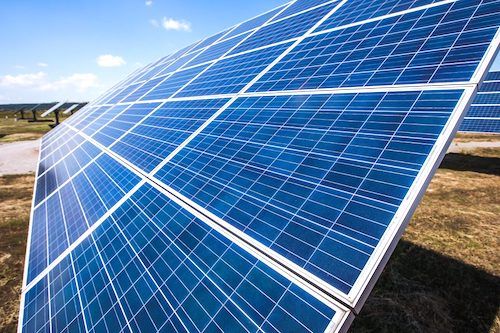 (AfDB) - The Board of Directors of the African Development Bank Group has approved a $27 million and €10 million loan package to co-finance the construction of a 100-megawatt Solar power plant in Kairouan, Tunisia.

The Board approval covers $10 million and another €10 million from the Bank, and $17 million concessional financing from the Sustainable Energy Fund for Africa (SEFA), a special multi-donor fund managed by the Bank. Additional financing will come from the International Finance Corporation (IFC) of the World Bank Group and the Clean Technology Fund (CTF).

The project entails the design, construction, and operation of a greenfield solar photovoltaic (PV) plant with a capacity of 100 megawatts under a Build, Own and Operate (BOO) scheme. The project is located in El Metbassta, Kairouan North region, about 150 km south of the Tunisian capital, Tunis. It is one of five renewable projects awarded in 2019 by the government.

“The 100 megawatts Kairouan Solar PV Project will not only be a pioneer for other grid-based solar and wind independent power projects currently under development in Tunisia but also a benchmark for bankability of renewable energy projects in the country as it is underpinned by robust and sustainable agreements negotiated over the last three years under extremely onerous market conditions,” said Dr. Kevin Kariuki, Vice President of Power, Energy, Climate and Green Growth at the African Development Bank.

“We are delighted to support the first solar IPP project in Tunisia,” said Mr. Wale Shonibare, Director of Energy Financial Solutions, Policy and Regulation at the African Development Bank. He added: “The success of the transaction, which has reached the highest bankability standards following months of negotiations with the Tunisian authorities, provides a useful template for future projects that will help move the country closer towards achieving the government’s 35% clean energy target."

Dr. Daniel Schroth, the Bank’s Director of Renewable Energy and Energy Efficiency in charge of SEFA, noted that SEFA’s concessional terms under the program will likely absorb the Covid-19-related project cost increase and maintain the project economics to acceptable levels to achieve financial close. “The Kairouan solar project epitomizes the catalytic effect of SEFA in support of developers to deliver sustainable renewable projects that aid Africa’s energy transition,” he said.

The Kairouan Solar project aligns with Tunisia’s Nationally Determined Contribution and goal of reducing carbon emissions through the transition to renewable energy sources. It is also consistent with the African Development Bank’s New Deal on Energy for Africa and the "Light up and Power Africa" High-5 strategic priority.

SEFA is a multi-donor special fund that aims to unlock private sector investments to provide universal access to affordable, reliable, sustainable, and modern energy services for all in Africa in line with the Bank’s New Deal on Energy for Africa strategy and Sustainable Development Goal 7.

AMEA Power was founded in 2016 and is headquartered in Dubai, United Arab Emirates. The company develops, finances, builds, owns, and operates renewable energy plants in Africa, the Middle East and Asia. The company has approximately 70 employees. Current operations are within the onshore wind, solar, battery storage, green hydrogen, and water desalination space. AMEA is a strategic client of the Bank as fostered by the close collaboration between both institutions.