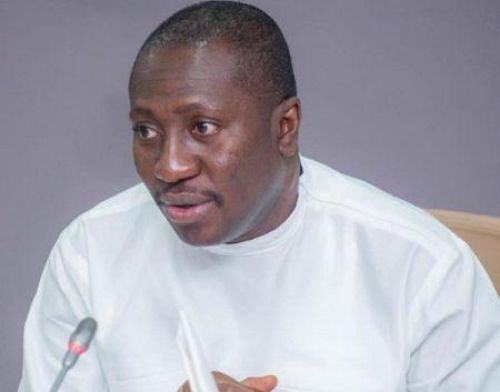 (Ecofin Agency) - The Ghanaian Parliament says it will downwardly revise the levy it has recently imposed on e-transactions.

Speaking on the local TV channel Joy News on November 30, deputy majority leader Alexander Afenyo-Markin (pictured) said the tax should eventually be cut to at least 1.5% from 1.75%. “We have agreed on the policy. Now the government will come with a bill, in that bill, we will go clause by clause and that is where the extended stakeholder consultation engagement will again come up. We will look at certain provisions and then deal with certain concerns […] for nothing at all when it comes to the bill, we know that government has shifted from 1.75% to 1.5%,” he confirmed

The decision follows complaints from the public and a boycott of discussions in the National Assembly by the parliamentary minority, which had called for a tax of between 0.5% and 1% or no tax at all.

During a webinar organized by the Institute of Financial Journalists and the Parliamentary Press Corp on November 23, the deputy finance minister revealed that the 1.75% tax is expected to bring in about 6.9 billion cedis ($1.12 billion) for the state in 2022. The levy will be applied to the amount of every transaction above GHS 100 daily. That is, after every GHS 100 (cumulative spend) the e-levy will be applied.