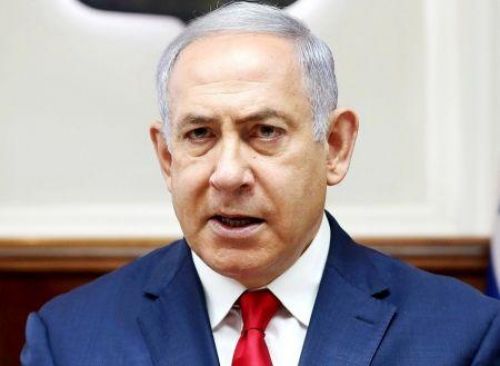 (Ecofin Agency) - Israel’s Prime Minister Benjamin Netanyahu (pictured) arrived in Entebbe, Uganda today 3 February 2020 for a one day trip, I24 reports.
The visit is part of the Israeli strategy to strengthen ties with Africa. “Israel is making a big return to Africa, and Africa has already returned to Israel. These are important ties politically, economically and in terms of security,” the official said.

Netanyahu is set to meet with President Yoweri Museveni and senior Ugandan officials. Negotiations to open a Ugandan embassy in Jerusalem should also be on the agenda.

This visit is the fifth trip undertaken by Benjamin Netanyahu to Africa in three and a half years. In January 2019, the leader visited N’Djamena, the Chadian capital, to restore diplomatic relations with the country of Idriss Deby. An approach that is part of the new offensive of the Tel Aviv government, aimed at revitalizing its relations with the continent.