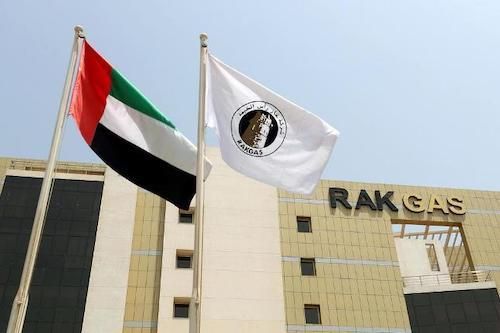 (ZANZIBAR) - Hon Suleiman Masoud Makame, the minister responsible for oil and gas in the Revolutionary Government of Zanzibar (RGoZ) - revealed Thursday June 2nd, that his ministry has informed RAKGas (the sole active oil and gas investor in Zanzibar) that come December, the company will be required to relinquish 50% of its current acreage in the Pemba-Zanzibar block if conditions spelled out in the agreement (PSA) are not met. He highlighted that carrying out a 3D seismic survey and drilling a research well as part of those conditions.

The issue was raised as the house was debating the ministry’s budget proposal for the financial year 2022/23 where members of the House of Representative wanted to know if the RGoZ has informed the investor of the same. A follow up question - on a one year extension that can be granted to a license holder by law governing oil and gas in Zanzibar - was met with a response echoing a stance similar to the preceding question; that no extension has been granted, but a letter detailing conditions for such an extension had been delivered by the ministry to RAKGas where the conditions again included completion of 3D Seismic Survey as well as a research well. Logistically, completing a 3D seismic survey before December appears next to impossible even though this depends on the intended coverage of the survey.

The Pemba-Zanzibar block spans over 11,868 square kilometers. A 2D seismic survey campaign onshore, offshore and on shallow waters took place between 2017 and 2019. During this time, RAKGas also signed a PSA with the Revolutionary Government of Zanzibar - a significant achievement for the country. In October 2020, the then President of Zanzibar Dr. Ally M Shein, announced that results of the surveys indicated petroleum system elements. The surveys also indicated the existence of rock structures with an estimated reserve of 3.8 TCF and a 30% chance of discovering gas at the drilling stage. A 3D seismic survey could potentially improve these chances from 30% to 45%.

Activity in the sector in Zanzibar has been scant since then. While the real reason for the visible inactivity remains elusive, it is within reason to assume factors such as the effect of COVID-19 in the oil and gas sector globally including supply chains or even investor appetite for the project over the past year and a half given relatively low oil prices which started picking up on the eve of the war in Ukraine. Exploration in Zanzibar also sits between several large oil and gas projects within the region - the LNG project in the United Republic of Tanzania where HGA negotiations are currently underway, Total’s EACOP pipeline from Uganda to Tanzania’s coast as well as the LNG project in Mozambique (which is on hold due to the security situation in Cabo del Gado).

The recent questions and answers in the house of representatives appear to signal that there might be things that RAKGas and the government do not see eye to eye. It stands to reason that an extension would be granted especially during the pandemic which affected the sector globally but without specific details of the PSA between RAKGas and RGoZ this remains speculation. It is also possible that the exchange reveals nothing but regular engagement and communication between the two parties as they negotiate and renegotiate positions in the life of the PSA - a common feature of such agreements across the world. Whatever the case may be, the current position of the RGoZ per the minister’s statements in the house of representatives is that come December, if RAKGas doesn’t meet the conditions set out in the agreement, the law requires that they relinquish 50% of the Pemba-Zanzibar block acreage. The implications of this are varied ranging from uneventful to sending a negative signal i.e. a difficult operating regime for exploration or even an invitation for more players in the sector in Zanzibar if the underlying reasons for the investor not meeting their exploration  workplan and budget is due to financial reasons.

A negative signal to other investors would stem from an unworkable or difficult regulatory and or fiscal regime. Ascertaining this requires knowledge of the specifics of the PSA between RGoZ and RAKGas and since those details are not public, it remains speculative. The scenario where relinquishing 50% of Pemba-Zanzibar block becomes an invitation to other investors would depend on the reason for RAKGas not meeting the conditions of the PSA which would normally be part of a workplan and budget. These could be anywhere from effects of the pandemic to ability to mobilize finances for the project. It is commonplace for investors the size of RAKGas to seek strategic partners at exploration stages such as the one Zanzibar is in. Striking a deal with a strategic partner will mostly depend on many factors including the fiscal and regulatory regime. One would weigh if the return on their investment makes economic sense.

While most of the above remains speculative in the absence of details that aren’t public, one thing is clear: Zanzibar’s vision to develop the oil and gas sector and thereby diversifying its economy, making it more resilient to shocks, remains true. The RGoZ is currently carrying out final negotiations with Schlumberger Inc., a global oil and gas services company, on a Multi-client 2D-Seismic Survey contract for the blocks to the east of Zanzibar where block 9, 10, 11 and 12 are. The minister confirmed in the house of representatives that the contract will be signed this month. This will provide Zanzibar with data allowing it to market its oil and gas opportunities to investors across the world.