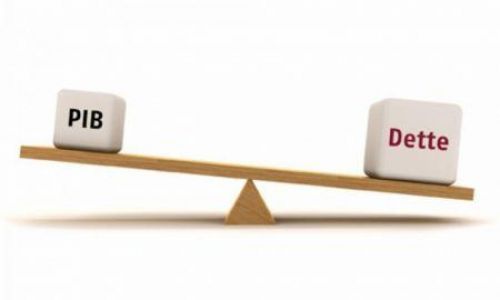 (Ecofin Agency) - South Africa's public debt could rise to 95% of gross domestic product (GDP) within the next five years, the Institute of International Finance (IIF) said in a report published on Wednesday.

The institution indicates that this forecast could come true if the government does not implement a viable growth plan while restructuring the national electricity company, Eskom. The latter is struggling with a huge debt that has slowed its operations while pushing the government to increase its cash reserves.

“South Africa's debt sustainability is increasingly in question,” the IIF said. This new report comes after the country's central bank alerted the authorities to the worrying level of public debt, which could soon reach 60% of GDP.

Last week, the country carried out its largest Eurobond issue raising $5 billion on the international debt market; a few days after Finance Minister Tito Mboweni announced that the country would probably miss its 1.5% growth target in 2019 due to “changing conditions and many headwinds blowing through the national economy.”

As a reminder, the rating agencies Fitch and S&P Global Ratings classify the country's sovereign debt in the “junk” category (high risk), while Moody's keeps it in the investment-grade category (low default risk).