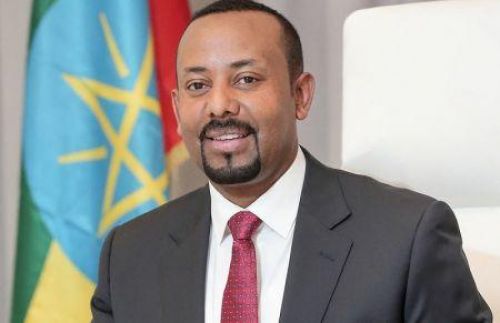 (Ecofin Agency) - The Ethiopian Prime Minister Abiy Ahmed (pictured) was sworn in today October 4 for a second term. For the next five years, the PM will have to address many political, security, and economic challenges.

One of them is the conflict in Tigray where thousands of people have been pushed into famine. The battle continues between government forces and the Tigrayan People's Liberation Front (TPLF), which the Ethiopian government sees as a terrorist group.

Abiy Ahmed will also have to ease tensions between his country and the international community. A few days ago, Ethiopia’s federal government declared seven senior UN officials as “persona non grata,” unwelcome on its territory. Subsequently, the U.S. threatened sanctions against the African country and accused the authorities of obstructing the distribution of humanitarian aid in Tigray. The stake for Ethiopia is high as it is thus exposed to reprisals that could harm economic prospects. "The West will likely now revert to a playbook it knows... apply pressure where it can, engage where it must, and keep on the lookout for better alternatives," Cameron Hudson, a senior fellow at the Atlantic Council's Africa Center, told AFP.

According to the African Development Bank (AfDB), Ethiopia has significant financing needs driven by physical and social infrastructure needs, and low tax revenue to GDP ratio, which between 2017 and 2020 averaged 10%. “Since 2017, Ethiopia has been classified at high risk of public debt distress due to weak export performance coupled with increased import-intensive public infrastructure investments,” the institution said in its Ethiopia Economic Outlook 2021 report.

The IMF suggests that Ethiopia adopts additional reforms, particularly to improve the efficiency of public spending. This year, the Fund expects a growth of 2% in the country.