Peru’s mining social fund: An approach to be emulated in Africa? 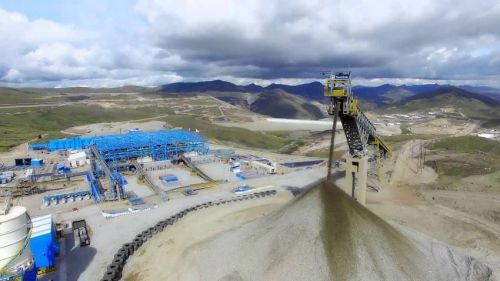 (Ecofin Agency) - For nearly a decade now, local Peruvian communities and mining companies have been clashing over the distribution of proceeds from the exploitation of mineral resources. Local communities, which estimate that they are cheated, campaign for a fairer system.

The Peruvian government recently suggested a set of solutions to reduce the economic disparities in the distribution of mining profits. The measures include the creation of a social fund financed by mining companies operating in the country. According to Reuters, the fund will help fund development projects and improve the living conditions of communities neighboring mining sites.

Reduce social tensions in the Mining sector and boost investments

Peru, the second largest copper producer in the world, has faced recurring conflicts in recent years with local communities demanding a higher share of mining revenues. This year has been particularly marked by a wave of protests against China's MMG. The tensions forced the mining company to shut down operations at its Las Bambas copper mine between April and June. On several occasions, the mine, which accounts for 1% of the country's GDP, has been targeted by local communities.

Because of the unrest, the country’s business environment is hostile to new investments. The Peruvian central bank forecasts a 3.7% decline in mining investments this year because of the absence of new mining projects.

The social fund suggested by the government could improve the business environment. “Only in this way can we recover that social legitimacy and generate better conditions for the development of mining investments,” said Prime Minister Anibal Torres.

An idea to be emulated by mining countries in Africa

The unequal distribution of mining revenues is also a major issue in Africa. On the continent, major mining countries are among the poorest in the world despite their substantial mineral resources.  In a report published by Ecofin Agency in April 2022, countries such as DRC, Guinea, and Niger are some of the notable examples of territories hit by the curse.

They can therefore draw on the new approach suggested by Peru to improve fairness in the distribution of mineral resources. It will complement other measures, notably those aimed at developing local metal processing industries.