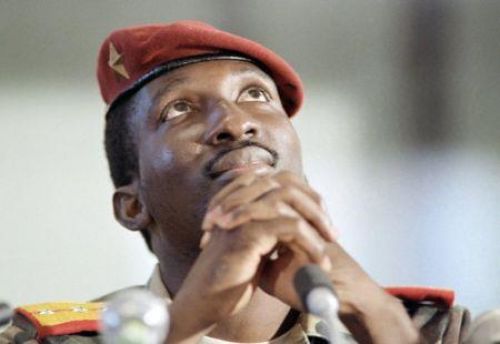 (Ecofin Agency) - Blaise Compaoré, former Burkinabe president, was since late 2021, prosecuted with several of his relatives for “complicity”, “corpse concealment” and “threat to state security” in the 1987 coup that led to the death of iconic president Thomas Sankara.

A life sentence for Blaise Compaoré. This is the final verdict passed today, April 6,  by the judges of the Ouagadougou military court in the case concerning the assassination of Captain Thomas Sankara (photo), former leader of the Burkinabe revolution.

This sentence, which is much heavier than the 30 years initially requested by the prosecution against Blaise Compaoré, sounds like the culmination of a judicial battle that started in late 2021. Above all, it seems to have ended hopes of seeing Blaise Compaoré, in exile in Côte d'Ivoire since he was overthrown in 2014, return to Burkina Faso.

The former president is accused of being the main sponsor of the October 15, 1987 coup that led to the murder of his predecessor and 12 of his companions.

In addition to the 30-year sentence sought against him and his guard commander, Hyacinthe Kafando, several prison sentences ranging from three to 20 years -including for General Gilbert Diendéré- were also sought in February against five defendants. Another eleven-year suspended sentence was also sought. Overall, 100 witnesses testified during the trial.

Many observers feared that the January 2022 coup d'état would delay this historic trial. In that regard, the sentence is a real relief for civil claimants and victims’ relatives who have been expecting that trial for quite a while now.