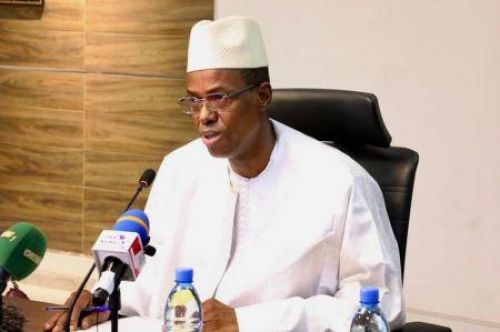 (Ecofin Agency) - The government of Mali officially launched its e-tax payment platform yesterday December 6, 2021. The ceremony was presided over by Alousséni Sanou (pictured), Minister of Economy and Finance. This is the outcome of a process that has benefited from Canadian cooperation, the expertise of a local task force, and financial institutions established in the country.

"The introduction of e-payment in the process of collecting domestic resources is part of the modernization and improvement of services offered to taxpayers, strengthening the capacity of DGI agents to mobilize more domestic revenue. The online payment of taxes, duties, and fees aims not only to simplify payment operations but also to secure state revenue by direct transfer of funds collected in the single account of the Treasury," the minister said.

The objective is to allow taxpayers to handle their tax operations without physical transactions. The platform is open to mainly large and mid-sized companies and it is not clear whether it will be immediately available to individuals. According to a World Bank report on payment systems in the WAEMU in 2017, 51.8% of business payments to the government were still made by check and up to 9.19% were made in cash, while 82% of payments from individuals to the government were still made in cash.

At the end of 2020, local media in Mali reported that the start-up NTA-TECH had proposed a solution that identified taxpayers at their place of business and also made it possible to collect taxes. This method is somewhat controversial, however, as it may be considered a violation of individuals' data protection.

The next step will now be to make people adopt the new online tax payment channel. In 2019 and 2020, Mali's General Tax Directorate, according to information available on its website, consistently met, and in some cases exceeded its revenue mobilization targets. Yet, Tax Justice Network reported in its State of Tax Justice that the country is losing an estimated $49 million in tax revenue to multinational corporations and the wealthy.

The tax challenge in this country, as in many others in Africa, seems to lie in the deployment of the tax system, which has yet to find solutions to issues such as transfer price. The largest companies in Mali include mining companies, particularly in the gold sector. According to an IMF report published on November 5, 2021, the sector is responsible for up to $730 million in tax losses in sub-Saharan Africa. Details by country are not available.