Blaise Compaoré invited in Ougadougou despite life sentence in absentia 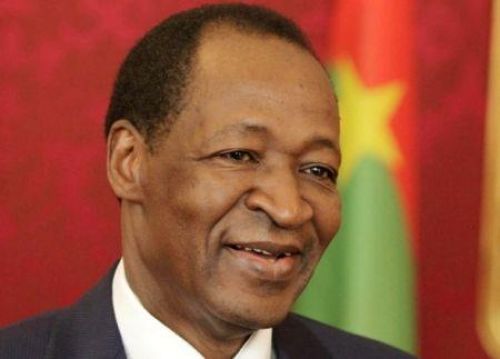 (Ecofin Agency) - In 2014, Burkina Faso Blaise Compaoré was ousted by a popular uprising, forcing him into exile in Côte d’Ivoire, after nearly three decades in power. He has since been tried in absentia for his role in the assassination of his predecessor and friend Thomas Sankara.

Former Burkinabe president, Blaise Compaoré (photo) is announced for a short visit to his country next Friday. The information was disclosed by the Burkinabe government in a statement issued on Wednesday, July 6.

According to the statement, the former president will visit the country for a meeting scheduled the same between the current President Lieutenant Colonel Paul-Henri Damiba, and the other presidents who led the country after the death of revolutionary leader Thomas Sankara. The former presidents invited are notably Roch Marc Christian Kaboré, Michel Kafando, Yacouba Isaac Zida, Blaise Compaoré, and Jean-Baptiste Ouédraogo. They will discuss “important national issues.”

The announced visit seems to be a stretched hand to rally all the political actors to defend the country against terrorists amid a security crisis. Indeed, the ruling junta has failed to defeat jihadist groups active in the country. Instead, those groups have perpetrated an increased number of massacres over the past few months.

According to some observers, Blaise Compaoré, who ruled the country for 27 years, could help restore the security situation, same for Roch Marc Christian Kaboré, who met with President Damiba in June.

There is no information on whether Blaise Compaoré will definitely return to his country or just carry out a temporary visit (if he agrees to do so). Nevertheless, it is worth noting that last April, a military court sentenced him to life imprisonment in absentia for his involvement in the assassination of pan-African leader Thomas Sankara.

Some experts claim that because of the life sentence, the former president (who also has Ivorian citizenship and therefore cannot be extradited to Burkina Faso) will not return to Burkina Faso. A presidential pardon will be needed, they say.

According to a source interviewed by the international news agency AFP, the former president met with Lieutenant Colonel Paul-Henri Damiba’s envoys to discuss the prerequisites for his visit. Meanwhile, local authorities inform that the meeting announced would not hinder the legal proceedings against some actors.