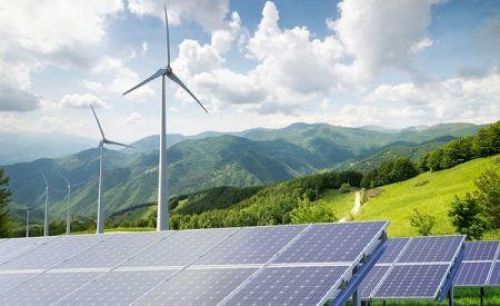 (Ecofin Agency) - The proposal provides for the construction of 8.4 gigawatts of renewable energy sources in twelve countries in the sub-region.

According to Bloomberg, “under the proposal, a bloc of 12 countries in the region would increase generation by about 8.4 gigawatts from sources such as solar and wind.”

The twelve countries, which include South Africa, Tanzania, Angola, Botswana, Mozambique, and Zambia, currently rely mainly on coal to generate electricity. Their power grids are connected under an initiative called the Southern African Power Pool (SAPP).

Suluhu Hassan is expected to present the energy transition proposal at a meeting of leaders of developed countries and financial institutions on the sidelines of COP27.

"It’s a very timely occasion at this COP to talk about infusing renewables into the Southern African Power Pool. […]You want us to transition? This is the opportunity,” said Minister Makamba.