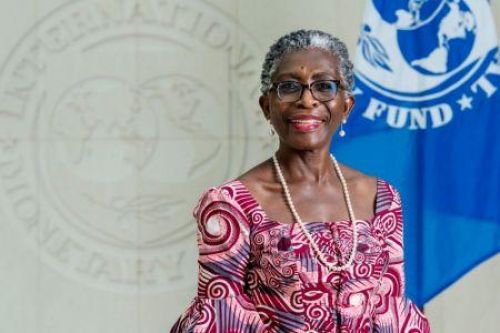 (Ecofin Agency) - The International Monetary Fund (IMF) announced Wednesday it has approved the implementation of a three-year program to support Niger. The program will be deployed under an Extended Fund Facility consisting of Special Drawing Rights (SDR) resources worth $275.8 million; $55.2 million (CFA32 billion) of the amount is available immediately.

"Niger's economy is expected to rebound in 2021, with economic activity gaining momentum in the mid-term. This will be driven by the start of oil exports through a new pipeline to the Benin coast. This overall favorable outlook is, however, subject to significant downside risks related to worsening security problems in the Sahel region and Niger's increased exposure to the effects of climate change," said Antoinette Sayeh (pictured), IMF deputy director.

This new IMF support is expected to unlock more opportunities for resource mobilization from other private and institutional partners. According to available information, the resources will support reforms in public finances, fight corruption, expand opportunities for the private sector, among others. Due to the insecurity in the country, donors have been cautious.

As a reminder, more than half of the government budget this year was intended for public investments. But by the end of the first half of 2021, the government had still not mobilized the resources provided for in its budget. While the mobilization of domestic revenues exceeded the target, mobilization from partners outside the WAEMU did not exceed 10%. Yet, the country continues to honor its commitments to its creditors, with little access to substantial capital markets.