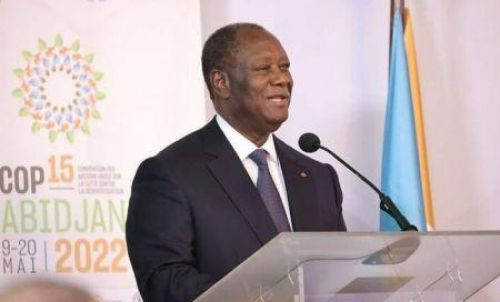 Côte d’Ivoire currently seeks US$1.1 billion to fund its reforestation program. The information was disclosed in an official release issued Monday, May 9.

According to the release, Ivorian authorities hope to restore 3 million hectares of forests by 2030 thanks to "The Abidjan Legacy Program".

"The initiative promotes agroforestry and appeals to the private sector for the restoration of forest cover,” indicated President Alassane Ouattara.

Sixty percent (60%) of the Côte d’Ivoire’s national territory is hit by drought and desertification. According to authorities, the rate is 90% in its northern regions. The situation negatively affects agriculture and agribusiness, causing migration and inter-community conflicts, the release explains citing the President of the Republic.

At least two institutions have already pledged support to the program.  The African Development Bank (AfDB) announced a US$500 million support while the Food and Agriculture Organization of the United Nations (FAO) will commit about US$20 million.