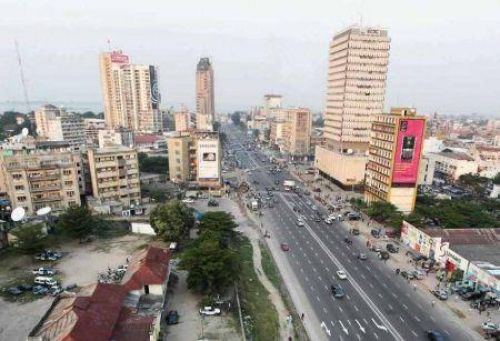 (Ecofin Agency) - In July 2021, the IMF approved a US$1.5 billion financing for DRC in the framework of an extended credit facility. Following the second review of the program, the institution forecasts more sustained economic growth in the country.

DRC’s 2022 economic growth could be more sustained than expected, according to the International Monetary Fund (IMF). In a release dated May 9, the Bretton Woods institution revised its growth forecasts to 6.4%, up from 6.1%.

The forecast contrast with economic stability challenges and inflationary pressures waged on the country by the Russia-Ukraine conflict. Notwithstanding, the optimistic forecast is based on “satisfactory” results recorded with the reforms implemented by authorities over the past several months, in the mining and services sectors notably. In 2021, the reforms helped the country achieve a 6.2% growth.

“The current account deficit narrowed to one percent of GDP, thanks to high mining exports. A rebound in the mining sector allowed for a significant increase in gross international reserves, reaching close to US$3 billion or 6.4 weeks of imports at end-2021. The overall fiscal deficit improved to 1 percent of GDP due to higher revenues and lower-than-projected investment,” the IMF writes.

This year, foreign exchange reserves will rise further with the stabilization of the trade deficit and an increase in grants, despite the rise in international food and energy prices. In addition, a strong revenue performance should help contain the "fiscal deterioration,” we learn.

In July 2021, the IMF approved a US$1.5 billion financing to support DRC’s reforms in the framework of an Extended Credit Facility (ECF). The reforms are aimed at controlling the wage bill, improving public revenue mobilization, and improving fiscal governance.