SADC leaders agree to extend the mission in Mozambique 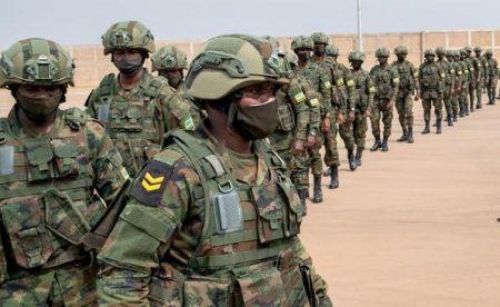 (Ecofin Agency) - The leaders of the Southern African Development Community (SADC) agreed to extend the timeframe of the SADC mission in Mozambique. They released a statement on Wednesday to announce the information.

The statement did not specify the extra mission time. However, SADC said it would continue to monitor the situation in the country and that the extended mandate would have "associated budgetary implications."

SADC has been sending troops to Mozambique since June to fight a deadly insurgency by the Ahlu Sunna Wal Jamaa group, known as "Al Shabab”, in the northern region of the country. This is the second extension of the mission's mandate, which began in mid-July 2021. The first extension was in October.

To support the people living in Cabo Delgado province, Mozambique can count on Malawi, South Africa, and Zimbabwe, which are providing food pledges. Rwanda, which is not a member of SADC, has also sent troops to the country. Together with SADC troops, they have enabled the overwhelmed Mozambican army to recover certain areas held by the insurgents.